We’ve discovered some truly remarkable children, who have all made a huge difference in the world.  Here is a small selection of them, together with their stories, to help to inspire you to be your BEST. 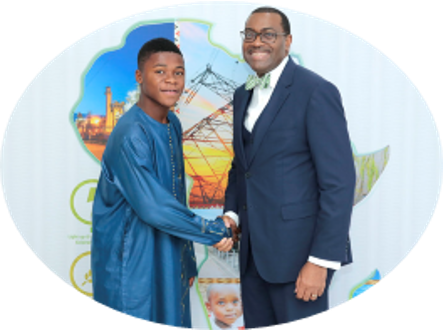 Kelvin was born in a poor district of Freetown, the capital city of Sierra Leone.

As a young boy, around 10 years old, he would collect scrap from dump sites and investigate how things were put together. His curiosity and desire to see how things worked led to him building his own electronics – including batteries to help power lights in local houses. As his knowledge grew, he built an audio mixer and FM Radio transmitter and was able to set himself up as a local DJ – ‘DJ Focus’.

The work Kelvin was doing was soon recognised locally, and then globally when he was invited to MIT as a visiting practitioner – the youngest person to ever participate.

Kelvin has since founded the Kelvin Doe Foundation, where he continues to help and inspire young people every day. #kelvinDoeFoundation #KelvinDoe

As a young girl of 11, Marley recognised that the books she was being asked to read had white boys as the main characters, which were difficult to relate to. Marley didn’t have the freedom to choose her own books and as a young black girl, she wasn’t represented in the books she was reading.

Marley decided to do something about it and #1000BlackGirlBooks was born.  The aim was to bring attention to books which feature black female main characters, to collect 1,000 books and make them available to black girls in other schools.

Marley has smashed this and to date has collected over 13,000 books! You can see some of these titles via her website 1000blackgirlbooks – Marley Dias. 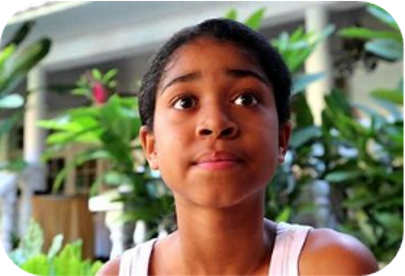 In 2012, when Zuriel was 10 years old, she made a documentary as part of a school project entitled ‘The Ghana Revolution’. As part of this, Zuriel interviewed two former Ghanian Presidents. Zuriel went on to make a second documentary about the Organisation of African Unity called ‘The 1963 OAU Formation’ which featured interviews with Presidents from Malawi, Tanzania, and Mauritius. This led to Zuriel being profiled in Forbes Magazine.

Zuriel has not stopped making a huge difference since her first documentaries. She is a voice for young women in Africa, Asia and India who are denied education and is globally recognised for her continuing work… And she’s still only 18 years old!

As well as her education focused activism, Zuriel has been involved in fighting against child marriage in Africa, which has since seen the introduction of a law criminalising child marriage. 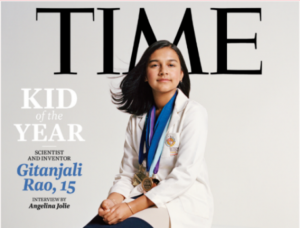 When she was just 10 years old, Gitanjali heard about the Flint water crisis – drinking water in Flint, Michigan, contaminated with lead and possibly Legionella bacteria. Gitanjali was inspired to try and find a solution and came up with ‘Tethys’; a device that aims to detect the safety of water by checking for contaminants such as lead, with a name inspired by the Greek Goddess of clean water. Gitanjali was selected by TIME as the first recipient of their ‘Kid of the Year’ award in 2020.

Gitanjali has since created a technology known as ‘Kindly’ which is able to detect cyberbullying. It works by providing the opportunity for teenagers to rethink and edit a post before they send it if the artificial intelligence technology detects any phrases that could be considered bullying. Teenagers who Gitanjali have spoken to about the service like that it doesn’t feel like they are being micromanaged or told what to do, rather they are given the option to reconsider, and this leads to change and growth.

Gitanjali’s inspirational advice to other young people is “don’t try to fix every problem, just focus on one that excites you”.

Gitanjali, now just 16 years old, has 7 different inventions, has impacted over 49,000 students through her workshops and sessions and has published a book – A Young Innovators Guide to STEM; A guide to problem solving. If you’re a young inventor, check out her website Gitanjali Rao 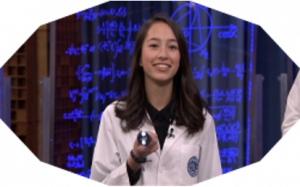 Ann has always had a passion for getting creative and finding solutions to problems. As a young child, she would entertain herself by making toys with materials that were around the house. When she was only 14 years old, she started the work on inventing the ‘Hollow Flashlight’. The amazing invention works by converting body heat into light without the need for batteries or movement to create energy.

Ann’s motivation for this invention is extremely moving and inspirational; her friend Maria in the Philippines could not complete her homework as her family could not afford electricity. Maria only had time to do her homework at night, but it was too dark to see so she failed a grade as a result. Ann saw this problem and through her love of both science and art, she managed to find a creative solution and helped to make a difference!

Now 23 years old, Ann is now CEO of Makotronics Enterprises Inc. and has since invented the ‘eDrink’. Following a similar principle to the Hollow Flashlight, the eDrink takes heat from your hot drink that would otherwise be wasted and converts it into electricity that can be used to charge your mobile phone.  #Science #WomenInSTEM #WomenInScience 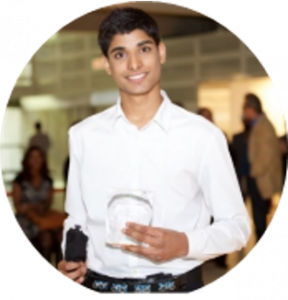 Alex’s story as an inventor began at age 12 when he saw a woman was struggling to cross the road. When he offered to help her, he noticed that she was visually impaired. This inspired him to find a solution to help her, so he went on to learn how to code and invented the iAid which was completed when he was only 15. It’s a device that helps visually impaired people to navigate using echolocation and robotics.

Alex has since gone on to help create VP – Virtual Passenger (since renamed ‘Call Me Out’), an invention which aims to stop young people texting and driving. His amazing work has been recognised with an award known as ‘Queen’s Young Leader’ by Her Majesty Queen Elizabeth II. 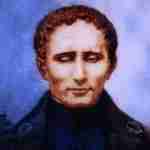 Louis Braille was born in 1809 but the remarkable difference he has made is one that is still felt today. As a result of an accident when Louis was 3 years old, he became totally blind. In the beginning of the 19th century, there weren’t many resources to aid blind people. Despite this, Louis went to a school founded by Valentin Haüy, who was devoted to helping blind children, and he devised a special method were letters were embossed in pages, allowing them to read. The books used touch as a way of reading for those without sight.

This went one step further when a French Army Captain, invented “night writing” which was a code made up of dots and dashes impressed into thick paper for soldiers to use as a method of communicating without needing light or spoken word. When Louis heard about this, he was inspired to adapt this system, and the first Braille was created.

At just 15 years old, Louis had largely completed the Braille writing system. Unfortunately, it took time for people to adopt the use of the Braille system and it was not until after Louis’ death in 1852 that it earned its much-deserved recognition. Today, Louis’ invention is used universally and provides blind people with an easy-to-use system of reading and writing.  #Braille #MakingADifference 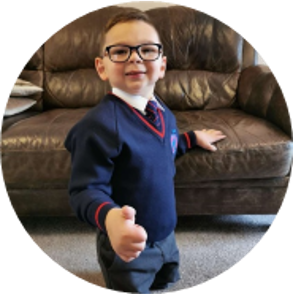 As a baby, Tony suffered abuse so severe it left him fighting for his life at 41 days old. Because his injuries had been left untreated, despite ongoing treatment, the resulting sepsis infection was too advanced and both of Tony’s legs had to be amputated.

Tony, now 6, had to learn to walk using new prosthetic legs and crutches.  Watching his hero, Captain Sir Tom Moore, walking 100 laps of his garden before his 100th birthday during the coronavirus lockdown and raising £32m for NHS Charities, inspired him to complete a 10km walking challenge of his own. In June 2020 Tony walked daily with double crutches until he reached his 10km target, raising money along the way.

Tony’s courage and bravery was so inspiring to others, he raised over £1.5m for the Evelina London Children’s Hospital where he had received his life saving treatment. In November 2020 Tony was recognised by the ITV show, Pride of Britain, where he was presented with the ‘Good Morning Britain Young Fundraiser’ award.

In 2021 he raised more money by taking part in the Captain Tom 100 fundraiser.  His target was to walk 100 unaided steps but his determination to make a difference saw him surpass his original target and walk more than 500 steps.

This is a small selection of the truly remarkable children we have discovered who have all made a real difference!  #beyourBEST

Take charge of your child’s future with our primary maths launch offer.

Research that led to PLYTIME Learning

10 Tips to Boost Your Child’s Confidence

2nd July 2021
We use cookies to to give you the best online experience. Please let us know if you agree to all of these
Manage options Manage third parties Manage vendors Read more about these purposes
View preferences
{title} {title} {title}